When they stopped including instruction manuals with software programs, I must have stared at the packaging for ten minutes, trying to decide how to contact the company and explain that my software didn’t have a manual. I must have said something out loud because someone nearby commented, “Oh, yeah, it’s online now. Besides it’s pretty simple to get started.”

They were right, as millions of users can confirm. Or perhaps they were right about the fact that we didn’t need the manual, anyway. Over the years, I noticed that you could distinguish those folks who saved manuals and referred to them from the people who did not. I feel obliged to add that I never found any other shared trait among either group, including intelligence or likability. Well, those of us who read manuals did have that annoying bit where we would often respond to questions with, “Have you checked the instructions?” Debit a few points on likability for manual savers, I suppose. Also, the loss of that retort may explain more about our dismay about no more print manuals more than anything else. Furthermore, I am glad we stopped printing those massive tomes. It saved trees and online manuals are easier to search.

I had seen West Side Story and enough other stuff that I knew at a fairly young age that Broadway musicals did not shy away from serious topics. Really, anyone who has heard a love song about loss or a folk song about a tragedy must be aware that the very fact that something is being expressed in music does not remove it from the realm of drama. 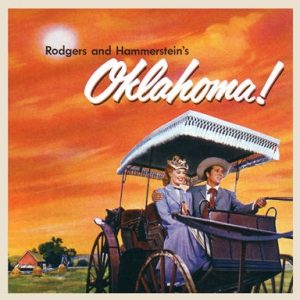 doesn’t make it any easier to take musicals seriously. Let’s face it, outside of the car and the shower, nobody breaks into song at full throttle. I knew one guy who continued singing into the locker room at the gym and it was okay because he had a great voice, but I never thought we were learning about his life or character. I mean, all of us there were pretty clued into the fact that he wasn’t shy, but nothing else.

The fascinating thing about American musicals is how they evolved to use the music to take what was going on inside the character and put it outside. Then, it had to go further and use the music to express emotions and ideas that were inexpressible. That’s a lot of the reason that we all just know once the character is left alone that they are going to start singing.

Rodgers and Hammerstein were way ahead of the game though. They used the musical to tell a story that could not be told otherwise. They took the character’s inner turmoil and found a new way to express it through their compositions combined with dance.

So, the other thing about manuals is that they are basically road-maps. We really use them only until we have that eureka moment of clarity where we comprehend how to proceed. If you can get to understanding without a map (which we accomplish on so many things in life), then more power to you. I remember watching Oklahoma! and suddenly seeing ways to express all those underlying feelings and thoughts through art. I’m not certain it counts as a manual, but it did the job for me.

You’ve Got to Check This Out is a blog series about music, words, and all sorts of artistic matters. It started with an explanation. 27 more to go.