You Don’t Know What You Mean To Me

Eddie Floyd wrote this song (with Steve Cropper)! Performed by Sam and Dave

I wish to speak of the mix-tape, that relic of a distant age when vinyl walked the earth and turntable speed was a thing. We giggle at the very idea of spending an hour or two selecting songs from among a record collection and memorializing them on cassette tape. Sometimes they were accompanied by labels that listed the music like commandments carved in stone- sometimes the creator covered the cardboard insert with graphics hand drawn or augmented by stickers as though capturing the inner soul of the cassette contents- and sometimes the label was left blank, to be writ upon later as the contents might be open to interpretation.

Movies like the concept of the mix-tape as shorthand for expressing emotions that don’t need to be seen onscreen (and for re-selling old hits that exist just on the edges of collective memory). Let’s also not ignore the appeal of selecting favorite songs and eliminating all the dross that populates albums made by people who really only intended to make one song.

But the real appeal, I think, has always been the ability to program the listening experience, whether for yourself or someone else. That might be obvious, but we don’t complain about that nearly as much as we make fun of the attempt to express feelings through the design of the mix-tape. Of course, we’re all control freaks to some extent, which is why streaming music has effectively killed the mix tape. Also, compact discs did. And iPod’s. I think we should probably blame Sirius FM, too, but I don’t know that it makes sense to do so. 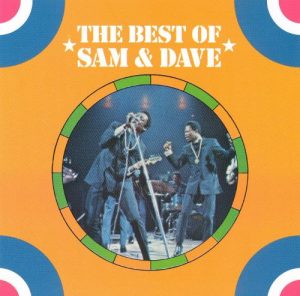 I was thinking about why I, too, think mix-tapes are a bit ridiculous in retrospect. And I’m wrong.

I’ve written a lot about how art is communication between the creator of the work and the audience, but not very much about how we use art created by others to communicate with one another. Certainly, we do it in the political and promotional arenas when a candidate or promoter use a poster to push their agenda. Really, that covers most advertising, which is a form of art serving purely commercial ends. You might even argue that collaborative art forms, like theater and music, require every participant to utilize the talents of other artists to pass along their personal message.

In some ways, I’m moving toward an argument that all communication is artistic. I don’t know if I believe that, but that really is what the argument is about with regards to mix-tapes. They hijack the communication of others to serve unintended ends. That’s a seemingly modern idea in art, where collage and pastiche are not denigrated on the basis of their medium.

Soul Man is one of those essential mix-tape songs. My absolute favorite album for a decade or so was this greatest hits collection. I still think it might be one of the great accomplishments in the history of music. I think I’d be happy with it and Eine Kleine Nachtmusik if I was stranded on a desert island. And there I go starting another mix-tape.

You’ve Got to Check This Out is a blog series about music, words, and all sorts of artistic matters. It started with an explanation. 32 more to go.