The concept of the private investigator as hero is inextricably entwined with the idea of the wandering knight as hero (or perhaps the Samurai Rōnin seeking redemption). Philip Marlowe and Sam Spade always seemed to enter the fray with an eye toward rescuing the helpless (or perhaps hapless). This idea of the knight errant had to evolve as the 20th century spread wide knowledge of crimes which could not be addressed by a lone man. Essentially, we all started to recognize the lie of the great man theory of history. Even so, we are each the protagonist of our own lives. We appreciate a little guidance, so we still want stories where one person overcomes the obstacles placed before him.

When I started writing the second Morgan Prair book, I knew that I wanted him to face an insurmountable problem. Maybe I had been listening to too much news, but the weight of the world felt particularly heavy. I sought a way to crystallize all of those troubles into one challenge for Morgan.

The death penalty was facing another one of its moments in the public discussion. I already had set Morgan up as a reluctant investigator. He seemed perfect as a stand-in for the disinterest most of us demonstrate when issues don’t affect us directly.

Mumia Abu-Jamal held the public eye at the time as a symbol of the public conflict about the death penalty. His writing were published and accessible pre-Internet. Unlike those who defended or condemned him, I found his writings about the actual experience of living on death row quite informative. Moreover, he served in the very institution that would fit best with my narrative. I had less use for the polemics arising on all sides. They generally drive us all to disinterest (perhaps the desired outcome of those in favor of the status quo). 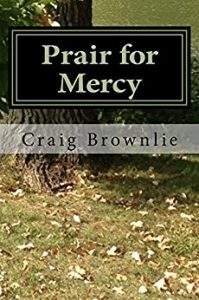 The first book builds a world of characters around Morgan. While I was willing to leave behind the university library, Benton, Alicia, Tony, and all the rest continued to interest me. In a sense, they felt like a family, which got me thinking about where the book ought to go.

Moreover, we moved from right beside the University of Pittsburgh to our first house, which was in the Bloomfield neighborhood. The realtor who drove me around one afternoon looking at houses had a great convertible and a penchant for blasting Sinatra. Every street prompted another story about what had gone down there when he was a kid. As you can tell from Prair for Mercy, I absorbed it all. Also, we bought the least expensive house he showed us. Hanging out with our new neighbors on the front stoop was a great experience. We seemed to be the newest blood within six blocks, measured in decades.

Working in Pittsburgh also blessed us with the opportunity to explore the region with a little more mobility. The Mystery Lovers Bookstore west of the city presented a lot of contemporary writers in person; plus they always had good advice. I became enamored with the writings of Jannwillem van de Wetering. His mysteries are great, but he also wrote memoirs about his experiences with Zen Buddhism. So, that’s how Zen enters the equation for Prair for Mercy– as an idea about coping with that weight of the world.

Settling into a new life in Pittsburgh, Morgan Prair thinks he may finally leave behind his PI career. A marriage proposal and burgeoning friendships encourage him to think of things other than crime, until Tony Lipoma re-enters Morgan’s life with a family problem. Tony has a brother on death row and a niece accused of murder. Then, there is Tony’s other brother, the famous writer with the obsession about leading a simple life.

Read the notes! Buy the book!

As is apparent from comments that I have made elsewhere, I like private eye mysteries. When I sat down to write my first novel, the genre seemed like a natural for my initial venture into long form fiction. I had written for the theater, so the length was not off-putting. Otherwise, I had worked mainly in short stories and poetry. The advantage, I thought, to a private eye mystery was that I would be working in a form that gave me structure as well as a few tropes that I could rely upon as I found my way.

Unfortunately, I was the person who sat in the audience and wondered why the playwright couldn’t just have Hamlet go straight to his step-father and kill him. That would make for an interesting story, too. His mother might just accept that outcome. Polonius was never going to complain about much. Laertes might object, but only until Hamlet takes Ophelia’s hand and makes her queen. Of course, it would be utter crap as a psychological analysis and it really doesn’t sing as potential poetry.

So, instead, I started writing a mystery novel. Being me, I immediately tried to subvert all the usual private detective requirements. The archetype is not too far afield from a knight in shining armor. He has just enough wisdom to get out of trouble and the gumption necessary to find the trouble in the first place.

I created a “private detective”

who has quit the business. He has left the environment where he might have known his way around- maybe even pushed out of town by a dame. He has no office, leaving little hope of those classic scenes where Marlowe finds his next client waiting for him. 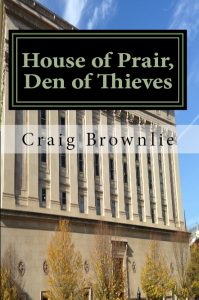 Then, there is always the question of whether or not the plot of the story would have happened with or without the actions of the protagonist. Chandler made Marlowe integral to the forward movement, but it is a question worth asking about a lot of detective mysteries.

Morgan Prair is more passive than most, though he is certainly not the first reluctant investigator. In the end, the villains of the piece only suffer because of Prair’s involvement. I do think the wrong man was going to be convicted of at least one murder without Morgan’s assistance.

More than cozy mysteries, private eye mysteries have often come out of a writer’s desire to comment on the world around them. By moving through their investigation, they uncover the shameful and the ignorant. I tried to honor that though I admit that I may have missed the mark. Twenty five years on, I might be even angrier about some of the issues I highlight.

The sequel, Prair for Mercy, goes more directly into issues of right and wrong. I hope you find this first book enjoyable enough to follow along.