Song written by Chrissie Hynde; performed by The Pretenders

By the time 1979 rolled around, it was clear that I was not going to be a musician. I was much more wired to write for Rolling Stone magazine than to ever be featured in it. Perhaps it was that tendency to ignore the melodic line or that inability to keep a beat… We will never know…

But I loved the music that filled the air. I absorbed everything that people played on the radio or on the stereo. From the Who to Bachman-Turner Overdrive, the Guess Who to the Archies, from… ohh, it is just fun to reel off names. Yet, every one of them predated that moment. And we all have that moment in our early teens where we want to synchronize with the culture so that something in the wider world is ours.

Devo and the Talking Heads were just a little odd. And I was a year or two away from punk. Let’s leave it at I was a bit behind on the current cool thing. Some of that was geography, but also inclination. I was in a period of deep fondness for rock and roll. Like all teen phases, it probably lasted months or weeks, but it mattered at the time.

So, I was ripe for the birth of the greatest rock band of the time. 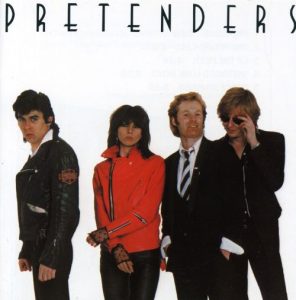 could make an argument here, but they were too New York for me. Chrissy Hynde was from Akron, for heaven’s sake. Maybe there was hope for a kid from Youngstown. I had never heard anything so incredible as their first album. I figured out how much I liked the Kinks because the Pretenders covered Stop Your Sobbing and I realized that sentiment wasn’t just crap because of Kid. And girls were all right as people because Chrissy Hynde was a person that maybe I would want to talk to. She seemed angry, like a lot of girls that I knew, but she also had something to say. Maybe angry people had more to them below the surface.

Then it all went to hell in a handbag. Half the band died much too young. Jimi Hendrix and all the rest of tragic rock deaths were old news by the time I learned about them. Or they happened to ancient people like Elvis (that’s a perspective that changes, ain’t it?). But this was bad news on a massive scale happening now to people close enough in age. Talk about a loss of innocence. I lost a lot of patience with friends who made casual remarks about suicide.

I still remember the review when 2000 Miles was released. It said something like Hynde was really learning how to sing. Now, I’ve always been a little too close on The Pretenders to really comment on that. But I learned another lesson- I’m probably not going to be much of a music critic. I can live with that.

You’ve Got to Check This Out is a blog series about music, words, and all sorts of artistic matters. It started with an explanation. 155 more to go.